The House of Habsburg was one of the most influential and distinguished royal houses of Europe.

The throne of the Holy Roman Empire was continuously occupied by the Habsburgs from 1438 until their extinction in the male line in 1740. The house also produced emperors and kings of many other countries (see Title(s)).

The Habsburg made also 5 kings of Spain, before they were replaced by the House of Bourbon.

The Habsburg produced Twelve Emperors of the Holy Roman Empire: 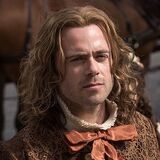 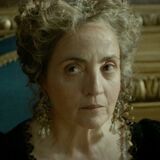 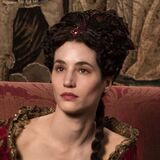 The House takes its name from Habsburg Castle, a fortress built in the 1020s in present-day Switzerland, in the canton of Aargau, by Count Radbot of Klettgau, who chose to name his fortress Habsburg. His grandson Otto II was the first to take the fortress name as his own, adding "Count of Habsburg" to his title. The House of Habsburg gathered dynastic momentum through the 11th, 12th, and 13th centuries.

By 1276, Count Radbot's seventh generation descendant Rudolph of Habsburgmoved the family's power base from Habsburg Castle to the Duchy of Austria. Rudolph became King of Germany in 1273, and the dynasty of the House of Habsburg was truly entrenched in 1276 when Rudolph became ruler of Austria, which the Habsburgs and their descendants ruled until 1918.

A series of dynastic marriages enabled the family to vastly expand its domains to include Burgundy, Spain and its colonial empire, Bohemia, Hungary, and other territories. In the 16th century, the family separated into the senior Habsburg Spain and the junior Habsburg Monarchy branches, who settled their mutual claims in the Oñate treaty.

Community content is available under CC-BY-SA unless otherwise noted.